This month’s featured custom challenge coin celebrates one of the most storied units in the Army: the 7th Cavalry. The coin features the iconic colors of the 7th, along with its distinctive unit insignia rendered in full-color acrylic enamel. Encircling the insignia is a circular banner naming today’s mounts of war. When the 7th first rode, those would have been the names of their horses. The 7th Cavalry finds its origins the wide-open plains of Indian country, where the open frontier provoked frequent confrontations with the locals. Over the years, many things have changed, but the 7th’s commitment to victory has remained as steadfast as ever.

The first notable campaign the 7th engaged in was at the behest of storied general George Armstrong Custer. Custer had for some time been employing Osage scouts to track down the brutal Cheyenne warbands that constantly hurranged the settlers of the Great Plains. In 1868, they reported the presence of a nearby warcamp to a campaigning Custer. Never one to waste an opportunity, Custer devised a hasty plan: Splitting his forces into four parts, Custer collapsed upon the Cheyenne at daybreak, the strains of Garryowen carried on the freezing Autumn breeze. The Cheyenne were decimated, complete with scalp-taking by our Osage allies. This battle, known later as the Battle of Wishita River, set off a series of conflicts that would become the American Indian Wars.

Custer’s campaigns continued with the Yellowstone Expedition. Leading ten companies out of the 7th Cavalry into Lakota Sioux territory, Custer continued to forge on, clearing enemy territory on a seemingly endless push to the West. All the while the 7th Calvary continued to show itself an outstanding and devoted fighting force.

Of course, we know this is Custer, so we know that this all comes to an end at the Battle of Little Bighorn, but this was far from the last movement of the American Indian War the 7th was engaged in. The Nez Perce War was next, followed by the Crow War and the Ghost Dance War after that. In every one of these conflicts, the 7th Cavalry played an instrumental role, never shrinking away in the face of a seemingly endless array of enemies. 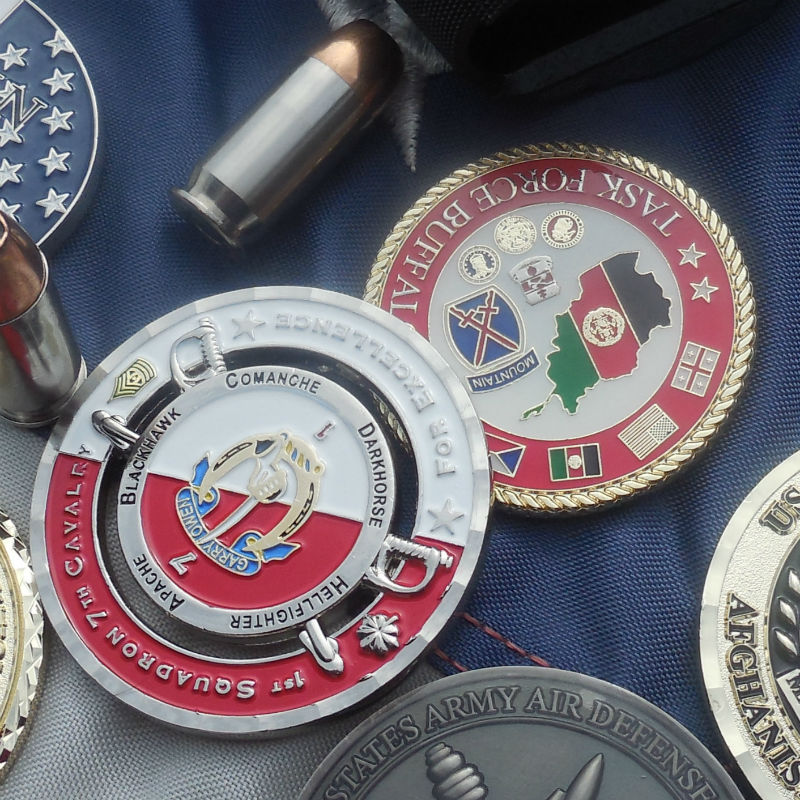 This resolve would come in handy at the turn of the 20th century, when the 7th Cavalry was re-tasked with operations in former Spanish territories. Of particular note was the unit’s engagement with Pancho Villa’s forces in northern Mexico. Facing stretched resources and outmatched by Mexican soldiers, the 7th Cavalry came the closest any unit did to finally capturing Pancho Villa. The conflict would come to a head in 1919 at the Battle of Ciudad Juarez, where the 7th Calvary finally routed the Villistas once and for all.

After the Mexican American War, the 7th Calvary sat idle until the beginning of World War II’s Pacific campaign. At this time, the cavalrymen of the 7th sailed for New Guinea. There, they were soon put on mission to capture Los Negroes Island, part of the Japenese-occupied Admiralty Islands. Over the course of three months, the 7th Cavalry captured all the Japanese holdings in the Admiralty Islands, cementing the first of what would be many strategic victories in the Pacific theatre.

Next up was the battle of Leyte, a mighty struggle to gain control of a strategically vital position in the Visaya island chain. After that, the 7th Calvary moved on to Luzon in the southern Philippines, where they played a critical role in overtaking the Japanese stronghold there. This was the last of the major battles the 7th participated in before victory in the Pacific. In the post-war period, the 7th Cavalry stayed behind as a peace-keeping force in Japan, guaranteeing the successful transition of our former enemy into peace time.

Of course, this was not the end of the 7th Cavalry’s involvement in Asia. Many will remember the 7th’s campaigns in Korea and Vietnam. There, they were involved in some of the bloodiest pitched battles of that particularly difficult campaign. Those who served during that time well remember their valor and bravery.

During the Cold War, the 7th Cavalry remained active in sensitive areas around the world. This prepared them well for what would be among their most impressive actions: Operation Desert Storm.

By this time, the 7th Calvary’s mount of choice had long since shifted away from the noble war horse. Now, came with Bradley tanks, roaring across the desert to smash Saddam’s Hussein’s troops in Kuwait. The amazing speed and power of the 7th Cavalry easily overwhelmed the massively outmatched Iraqi forces, who had no choice but to flee from the steel tidal wave that washed over the Levant during that spectacular operation.

The 7th Calvary continues to be involved in Operation Enduring Freedom, working to guarantee the hard-fought battles won during Operation Iraqi freedom yield lasting results. They have also been involved in international partnership missions such as Operation Atlantic Resolve, where they partnered with our Allies in Poland in live “force-on-force” training missions, helping sharpening NATO’s fighting skills in case they are ever needed.